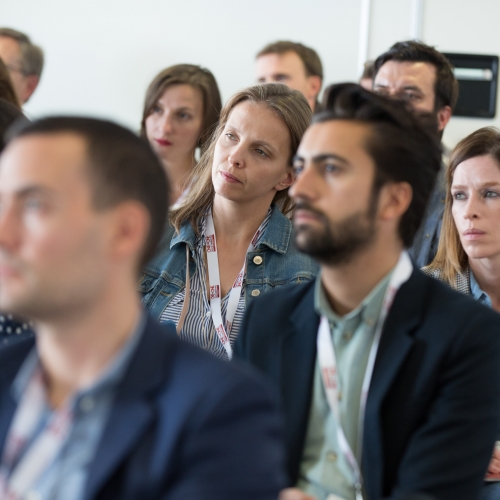 Useradgents: Vocal, the impacts and the technological contribution of the assistants

The vocal is a feature that is experiencing a real expansion, as explained during this conference of the meeting One to One Biarritz.

The purpose of this presentation is to make a point on the vocal. At a time when no one, not even the actors of the field are able to announce exactly what the vocal would look like in the next ten months, the idea is to expose a feedback of the agency Useradgents.

What is the vocal?

By 2020, 50% of Google queries will be voice-based, and 75% of US households will be equipped with voice assistants. The vocal began with the rise of the smartphone, and today reaches a level of error close to the rate of human error. Speech recognition is therefore a device that works relatively well.

A vocal speaker is a relatively bulky device, so far unattractive, but it was created in order to prevail in the middle of homes. Its appearance makes it possible to include it durably in the landscape and in the furniture, to integrate itself as such. In addition, more and more objects are now connected to voice assistants.

For example, Amazon recently announced the integration of Alexa into 13 new devices, including a microwave. These connected objects will allow Alexa, tomorrow, to control the home.

Google and Amazon are the two major players in the industry, with Apple implementing a different strategy. In Asia, the giant Alibaba dominates the market. The big brands have deployed their artificial intelligences (Google Assistant, Alexa and Siri), and now allow to integrate their assistant with other manufacturers, with other connected objects.

Originally, voice assistants were exclusively vocal speakers. However, the latest technology announcements concern speakers with screens. So it will be in the future a sort of tablet incorporating voice recognition, but the interaction will not be 100% voice.

The promise of the vocal is to remove the friction of the report to the machine and to bring a more natural interaction. We talk to the intelligence assistant and he talks to his owner in the manner of a real assistant. The recognition of different voices in the home is interesting because it reminds of a physical person to perform tasks while having his hands taken.

The heart of the subject is not the vocal speaker, but the intelligent assistant and what he will bring and change in the future. We are currently experiencing a revolution in interaction and a revolution in assistantship, because it will eventually be possible to delegate tasks so that they can be executed efficiently and qualitatively.

This double revolution is going to make the home automation scale up, because the vocal assistants will become a hub centralizing all connected objects and linking them together.

Moreover, we are moving towards a supremacy of the operating systems. Until now, it was the user who would manually activate the services and applications of the brands. With voice assistants, only the most relevant brand is pushed out of the control of the user. The brand takes second place, it is the assistant who decides to push it and no longer the consumer who will look for it.

The example of Siri Shortcuts is speaking, since it allows you to create shortcuts and associate words with service activations. Siri is nurtured, and is able to make predictive models to push brands without the sign or the consumer having decided on their own.

To what extent is Useradgents convinced by this revolution?

There are different opinions at the Useradgents agency about smart assistants. On the one hand, the one of the convinced ones, who find the presence of the vocal speaker playful in family and useful via the recognition of the voices. On the other hand, that of skeptics, who fear to be listened to and who think that the speaker does not bring anything concrete.

But tomorrow, it is possible that the voice becomes indispensable and that we do not know how to do without it for the most banal daily tasks. Unlike smartwatches that were a small device revolution, the vocal is a real revolution of use.