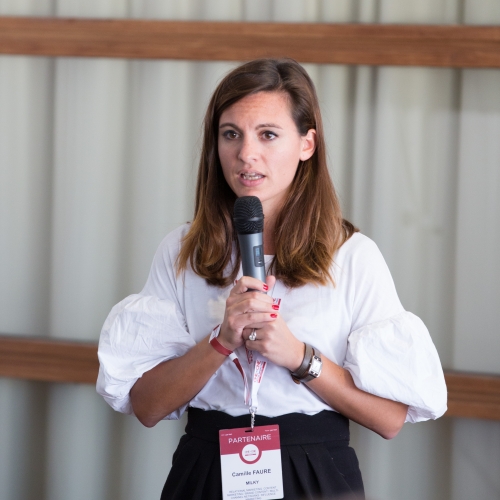 Milky: Most popular social sites, zoom on the evolutions

This One to One Biarritz conference shows the strategic changes for brands recently known by the most popular social sites.

The purpose of this presentation is to discuss what has changed and what remains the same in recent months on the most popular social sites.

What are the numbers of the most popular social sites?

Around the world, Facebook represents 2.2 billion users, ahead of YouTube, WhatsApp and Instagram, which has recently passed the one billion mark. Following the Cambridge Analytica case and data protection issues, Facebook has announced profound changes in its algorithm. The latter has a direct impact on the organic reach of pages and the engagement of users on a daily basis.

Facebook has implemented a wide range of measures to improve data protection and the transparency of advertising on the network. But the harm was already done a US study reported that in the last twelve months, 26% of users across the Atlantic have removed the app from their phone.

The billion mark is symbolic for Instagram, which in parallel managed to deploy the stories. This communication format, copied from Snapchat, has been integrated into the platform to become a real use to such an extent that the original creator is now eclipsed. In addition, Snapchat is struggling to deploy a massive advertising model while Instagram has many solutions to offer its advertisers through Facebook. Instagram is the key asset of the Facebook ecosystem for years to come.

YouTube, on the other hand, is less a social network than a video platform. Today, it ventures into the field of Spotify and Netflix, to a paying model to reduce its dependence on data and be less affected by the new regulations. In the same ecosystem, the year 2018 saw the end of Google+.

On Facebook, a heavyweight among the most popular social sites, the thread is dead and this strategy is to be rethought. Indeed, when you publish a post, you touch so few people that each post must be thought and publicized. Previously, advertisers were governed by the belief that a good presence and regular publications were the key to success.

This belief was due to the fact that for a long time, the algorithm Facebook took into account the regularity of the publications to display or not the contents. Since January 2018, only one criterion now counts, that of the meaning borne by the content. This meaning is evaluated through the comments and shares generated by the post. Artificial intelligence goes so far as to analyze comments to determine whether they contain a real question or reflection.

In addition, the weight of publications of real users is now higher than that of advertisers. Internet users had the impression to see more advertisers than users among the most popular social sites, which led them to use less than this platform.

The brands used techniques such as "newsjacking", influenced by major brands (Oreo and Burger King  in particular). The newsjacking is to bounce on the hot news to push the products, or to propose interactive posts aiming to make the user act so that it engages. But these practices have limitations because they do not match all brand DNA.

To imitate this type of content leads to a loss of meaning. Advertisers end up favoring an artificial commitment to inflate the numbers, forgetting the story telling in favor of easy content that does not reflect the values ​​of the brand.

But the idea is not necessarily to stop publishing, rather to move to a strategy of real presence. It's about not publishing anymore because you have to publish, but to have a real message to convey. These Facebook changes invite to ask the question why.

The animation of the most popular social sites must be based exclusively on content that conveys the values ​​of the brand. We must accept quality over quantity and therefore sometimes publish very little. Brands such as Nike and Adidas have also fully assumed not to post anything on the platform.

Today, Instagram is one of the most popular social sites. It has a lower problem of reach compared to Facebook, because the platform has half fewer users. Mathematically, she has fewer problems in reaching these people.

That's why the average of posts on Instagram is 1.5 per day. Nike and Adidas, on this platform, post about 5 times a week. Pure players such as  Fashion Nova post at once per hour. Instagram makes it possible to publish a lot without weakening the commitment.

But if the content is not relevant, the commitment suffers. This is a real endurance race, because if during an operation it is decided to post ten times a day and the following week this rhythm falls to two posts per week, the impact on the reach and the commitment can be important.

In addition, the point of contact for stories is important, because from a quantitative point of view, about 400 million Instagram users use it (nearly one in two people).

In addition, a third of the time consumed on the most popular social sites is spent on these stories. It is therefore a space not to be underestimated, especially since it is an interactive mode of creativity. There are many ways to interact with the community, while the feed goes through artificial ploys for users to like and comment on.

The Facebook ecosystem is a mass media today. To communicate well on these platforms, you need more than a community manager, but a whole team. It is important to really talk about the brand and its identity, through a co-construction between an agency with the creative capacity, and the company that communicates its culture.