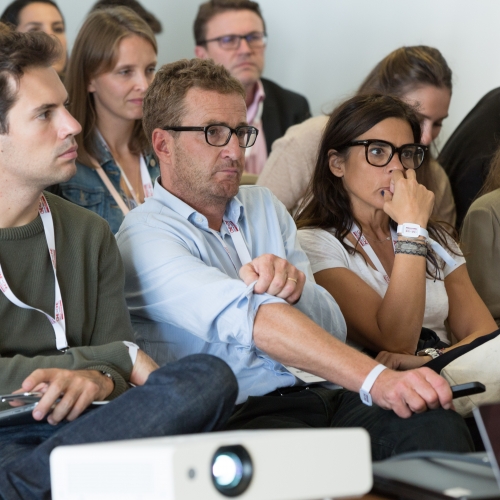 Attribution, audience and automation marketing are the three keys to successful advertising campaigns. This presentation evokes their interest.

The purpose of this presentation is to discuss how to improve the digital acquisition of a brand using the 3A on its digital campaigns, namely attribution, audience and marketing automation.

Orixa Media focuses on a single business, buying online advertising on behalf of its clients. Its role is to choose advertising levers, set up campaigns and optimize them. The agency now has over a hundred clients and manages 35 million euros of advertising budget year-round. It is in the top 3 of growth at Google in the pool of independent agencies in 2017.

Internet users visit many sites and applications and use many devices. The use of the Internet is now multiple and the signals emitted make it possible to optimize the advertising campaigns by using the algorithm and the machine learning. About 70 million signals on Internet users available to Google are analyzed by the algorithm in half a second to customize an advertisement bid based on what he understood about these Internet users.

Previously, when creating campaigns, they were detailed to effectively manage the expected performance. Today, the volume of data makes things more complex and we have to leave the tools with the ability to make decisions for us.

Taken individually, the 3A bring efficiency to campaigns. But the combination of these three principles ensures optimal control. The human then has the opportunity to focus on the strategic vision of the campaigns.

We must now avoid reacting by last click, but analyze all attribution models to identify when the user had a decisive interaction with the campaigns set up.

When we make a purchase, we start on a computer, we continue on a mobile and we connect to a tablet during the commercial break of a TV program. It becomes more and more difficult to know when it is possible to have a truly effective intervention. The attribution models make it possible to know what web surfers have done on the web and which advertising levers to promote.

It's important to load as many campaigns as you want, so that when the user does a search, Google knows which category the user is visiting in those audiences. It also makes it possible to know if it is relevant for the advertising campaigns and to manage them well.

Audiences also offer visibility to users who come to the site, transform the products, as well as the advertising levers to which they were exposed. The knowledge of the audience makes it possible to adapt and personalize the advertising messages.

Marketing automation is based on machine learning, a principle that allows the computer to learn by itself according to given situations. The automation marketing algorithm learns by reinforcement and has the ability to make quick decisions about campaigns.

You have to collect the audience and the attribution so that the algorithm of marketing automation decides whether it is relevant or not to position oneself on the campaigns. And this, in a logic of automatic optimization aimed at the return on investment (ROI), the advertising revenue and the margin, by letting the algorithm make tests to improve the efficiency of the management of the accounts.

The more information you have to give to the marketing automation algorithm, the more effective it is. This allows you to automate bid adjustment and customize the ad based on user profiles. As teams no longer have to do these tasks, they free up time to work on strategic marketing automation points, such as complex scripting, to improve campaign effectiveness.

Wall Street English is an English language training center, accompanied by Orixa Media for 3 years. It has about fifty establishments in France, involving catchment areas to respect and geolocalised searches to take into account. The agency has counted more than 200 advertising campaigns, implying an over-segmentation with low search volumes.

The goal was to increase conversion volumes and to reduce the number of campaigns to buy more widely and smarter The 3A helped to address this issue:

Orixa's challenge was to lower the cost of acquisition, increase conversion volumes, the volume of signals sent to Google's algorithm and to switch bid strategies on strategies geared towards ROI or ROAS (return on advertising investment). The entire site experienced a 6% growth in forms and a 16% decrease in CPA (cost per share).

In conclusion, a Forester study shows that 3A advertisers experienced an average 27% increase in online performance.