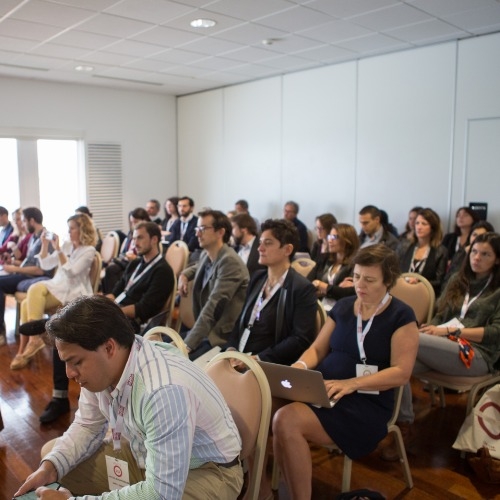 Gameloft: Gamification, what is the role of the video game in advertising?

How does gamification and video games have an impact on advertising? This conference answers this question, with three use cases.

The purpose of this conference is to explain how the Gameloft company thinks about gamification processes in advertising. Speakers Cola Sauer and David Moser mention three cases of use with Kellogg’s, Imagine Dragons and the Caisse d’épargne.

Gameloft has been a pure player in the mobile video game industry for over twenty years. This company existed at the time of black and white games on Nokia such as Snake. To date, it has 6,000 employees in 60 sales offices around the world, including 5,500 developers and 500 sales and marketing professionals.

Compensation in the mobile video game has evolved since the 2000s. Previously, players paid their game to play, but now it is the model of freemium that dominates. In other words, gaming applications are downloaded for free on the stores and the remuneration is on the one hand on in-app purchases and on the other hand on advertising.

The average age of French players is 35, there are almost as many men as women in this population and parents accompany and participate in the game with their children. The idea of ​​a company such as Gameloft is to communicate about video games and gamification, which have the advantage of generating many emotions. The advertiser has the opportunity to be present at these emotional moments, communicating to success to enjoy the feelings of satisfaction and relief of the players.

What are engagement and gamification?

Gameloft considers that there is a commitment to gamification when there is interaction. It is important to ensure that consumers interact with the brand. Indeed, 80% of the time consumed on mobile takes place on an application. It is therefore a brand environment not subject to ad-blockers. Moreover, it is not possible to play a video game while doing something else, the entire attention is focused on the game in progress, unlike social networks where it is more disparate.

Gamification, on the other hand, is a way of communicating, of transforming the message into an experience to interact with the advertiser. Gamification consists of designing a brand game either by taking over an existing mechanic and putting it in the colors of the advertiser, or by appropriating the problems of the brand and passing the massage in a didactic and fun way.

The game allows interaction with the customer and if the experience is interesting, it will talk about the brand more simply and positively around him. With Gameloft, the average interaction time with an advergame is 1 minute and 20 seconds. Gamification is currently the only advertising format allowing such a long interaction.

How does video games serve the customer experience?

The advergame is built by answering the problems of the advertiser, according to his needs and the messages he wishes to convey. It is broadcast as an advertising format in the Gameloft universe, positioned on emotional moments.

In the case of a niche clientele not expecting to be exposed to gamification, the advergame is used on other media with a demand side platform (DSP) partner, MediaMath. The idea is to get this clientele where it is, for example on a golf application for a golf equipment manufacturer, and bring it on video game.

The usual cases presented by the speakers concern two advertisers across the Atlantic and a French brand, namely: Kellogg's, Imagine Dragons and the Savings Bank.

Kellogg's and Sam the Toucan

One of the most important brands of the Kellogg's group in America is Froot Loops, whose emblem is a toucan named Sam. The advertising games created for the brand were built around the incarnation of Sam the Toucan rather than on simple videos. The goal of the brand was to allow the user to embody this character and create a relationship with him, thanks to a mechanism close to Pac-Man.

A gamification campaign is based on instant fun because it is an advertising format that is almost as long as a video. Using known mechanics avoids having to explain the operation of the game. In terms of results, the campaign obtained 40% commitment on advertising, 85% of entrants finished the mini-game and 20% of replayed parts were recorded.

The music group Imagine Dragons has signed a contract with the city of Dubai, which wishes to capitalize on the clip to invite people to memorize the monuments of the city. For the group, using mobile gaming was a way to capitalize on the gaming aspect so that the music gets into the head in a back-and-forth fashion. The idea was to mix the two media through gamification.

But this was a real challenge because on mobile, everyone or almost cut the sound by default. The challenge is to create an experience for people to listen to sound. For this, Gameloft has gamified advertising by taking up a game mechanics rhythm. When the ad starts, the music starts and a rhythm game appears. The user then passes 30 or 40 seconds to day without necessarily realizing it. More than 45% of the users agreed to commit, and 70% finished the experiment.

The savings bank and its car insurance

A banking sign is among the least legitimate to work on video games. This represents a real challenge, and the Caisse d'épargne wanted to revive auto insurance by building a brand platform. The communication invested in a TV spot and wanted to gamify around this advertisement. The concept of this spot was based on a driver avoiding a toad instead of crushing it, causing the crash of his car instead.

The game created causes the player to avoid the obstacles, pushing him to try to make the best score, until confronting him with an inevitable accident. The advertisement is then in the garage and ends on the same message as the TV spot. In terms of results, 30% of users have committed, for 70% completion.

In conclusion, one of the major trends in art, the last ten years, and make the viewer actor of the work. The video game advertising today, can embody the story of what is told to the target.

Advertising is no longer seen as a foil because it adds value to the customer experience. It's hard for a brand today to ignore gaming, which is the fourth mobile activity after social media, and the world's leading entertainment industry, in front of the cinema.