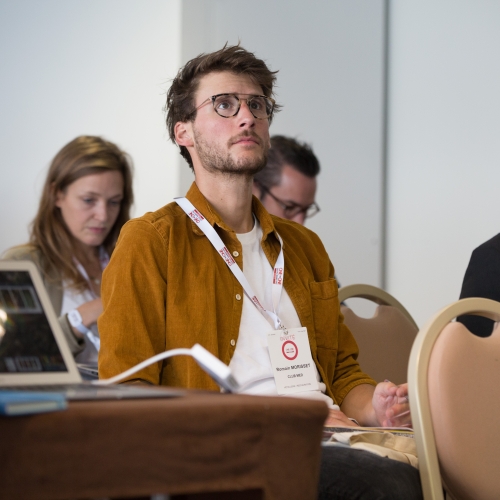 Converteo: What are the consequences of internalization for media buying?

Converteo, a data marketing consultancy, poses the question of the transparency of media buying through internalization. Two advertisers participate in this presentation by bringing their feedback on the subject, namely La Poste and Direct Energie.

How is media buying upset by digital?

83.8% of the French are connected to the Internet. Everyone is constantly connected, implying an ever stronger link to the media. In this context, advertisers must find a way to fit in at the right time to talk to the individual.

More than 75% of digital purchases are made through programmatic platforms (including search and social). Inventory has never been easier to buy on a technical level, since it is enough to connect to a platform to buy advertising space. It is also important to connect the tools with each other to collect and process the data while aiming for personalized communication.

In recent years, we have moved from event communication to red line communication. The efficiency of media investments now rests on quality and adapts according to the individual. The idea is to communicate the right message to the right person.

What drives an advertiser to think about internalisation?

For La Poste, internalisation was supposed to bring the strategy closer to execution. This also allowed to create synergies between levers not necessarily in the same areas. For example, when we have teams that work SEO in-house and an agency that has the SEA part.

The goal was also to bring more transparency. La Poste has realized that some A / B test campaigns do not provide the necessary lessons because the framework of these tests has not been respected. This observation has also favored internalization.

For Direct Energie, digital media was initially managed in silos, with agencies on each lever, without a centralized view of all media buying. The brand wanted to move quickly on digitalization, so all the levers were placed within the same agency. For a year and a half, this collaboration benefited from a good synergy, until the agency's teams changed. Direct Energie then noted a loss of control.

Digital media accounts for 40% of the company's investments and 30% of digital sales. Leaving such a strategic sector in the hands of an agency was becoming problematic. Internalization was driven by the idea that it was better to control decisions and better present results internally to management. It was also about reclaiming their data, and investing more in the media than in the agency.

Are there prerequisites and in what order should we proceed?

At Direct Energie, one of the prerequisites for internalisation was the technological brick. The appropriate tools had to be chosen so that they could communicate with each other and be easy to use. It was also necessary to redesign the teams, in particular to increase the skills of those who were used to piloting projects to become media experts. Added to this was the external recruitment of profiles from agencies that already had this expertise.

In addition, the agency did not cease its collaboration overnight and actively participated in the training of media experts within Direct Energie's teams during a transitional phase. Internalisation is first passed through the data in order to be able to carry out own reports, then the analysts in order to have a consolidated vision of the Ad-Centric and the Side Centric. The media finalized the procedure, starting with the SEA and ending with the display.

For La Poste, it was about having expert e-marketers on defined topics and having a good knowledge of the market as well as the different tools to make the right choices. The brand has gone from an advertiser-agency communication to a plural communication between the advertiser and different types of actors, changing the daily life of the teams.

La Poste's internalization also began with data, by setting up a data management platform (DMP) to centralize CRM data and combine it with the rest of the data proposed by the solution. Assignment and contribution measurement tools have also been put in place.

Internalisation involves various points of attention, which for Direct Energie were setting up a team while managing back-ups. In case of departure, vacation or absence, a second person trained and mastering the subjects is able to act as backup during the period of absence. For La Poste, it was a question of not losing the cap of "orchestra conductor" to ensure coherence and to transmit information to the right people.

Overall, Direct Energie has not lost in effectiveness and is now able to go much deeper on topics internally. The internalisation started a year ago and the company continues to be accompanied on the SEA and the display to keep up to date news.

For La Poste, the points of attention lay in learning and increasing skills on certain subjects. In addition, some partners showed reluctance and were worried about their performance deteriorating, or to have results on biased readings. But in the end, the results were at the rendezvous.

Finally, internalisation is economical, since it offers more transparency on technical costs. In addition, savings are made on agency fees, which allows to reinject budget in the media.