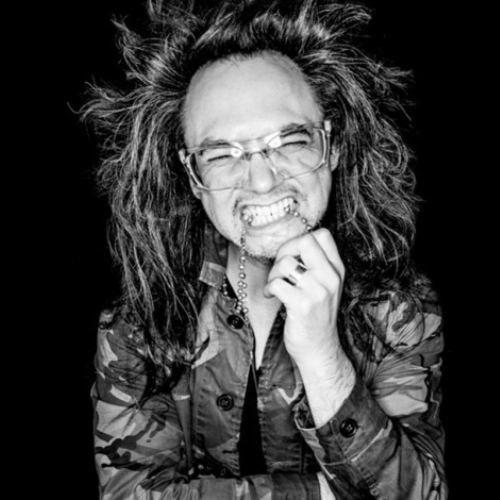 Digital Marketing: evolutions and impact on the consumer

What are the Next Big Things of digital marketing?

Digital transformation affects all sectors, and future technological innovations are numerous. David Shing, "Digital Prophet" at AOL, exposes the "Next Big Things" of digital during this conference # 1to1Biarritz 2016.

What are the most important digital innovations?

The arrival of these technological breakthroughs is destined to have a profound impact on our habits and our perceptions.

What is the impact of digitalization on consumer behavior?

About 37% of children under 2 years old are able to use a touch device more effectively than an adult. For David Shing, parents' responsibility is to be careful not to be the source of a generation of children losing their bearings.

Indeed, both brands and consumers are judged by their popularity. As a result, everyone treats his own network as a child would. Consumers evolve through interconnected networks in search of entertainment.

As such, 75% of women under 25 years are now less interested in the price of a brand than in its principles. It is on these levers that companies must act in order to generate more commitment. To achieve this, they must transform the way they think about marketing and be more creative.

What are the evolutions of the concept of creativity?

Marketing professionals no longer work in the advertising sector, but in the content sector. Anyone with a smartphone is a photographer or a journalist today. As a result, everyone's behavior is influenced by that of their peers.

The success of marketers depends on their ability to produce real-time marketing, or rather a marketing of the right time and the right place. To succeed, it is important to be transparent, even in case of error or bad buzz. If a brand commits a communication pitfall, it has the choice to go round and wait until the storm is calm, or to assume its mistake and turn the negative buzz in positive buzz.

To get more users, they need to provide more value and utility to their apps. In general, simplicity is considered the ultimate sophistication. However, marketing generally follows the behavior of the audience, so companies have everything to gain by focusing on their consumers. For this, they can rely on the data, now ubiquitous.

How can data be creative and relevant?

Without data, there is no creativity, and without creativity, there is no data. The data makes it possible to establish scenarios that can highlight the potential effects of a marketing strategy in the retail sector.

Retailers need to take this data into consideration because the signals they send can carry ideas they would never have found otherwise. Moreover, we are moving towards a future of predictive analysis where artificial intelligence will make it possible to process data with unprecedented efficiency.

In general, the main reason for consumers to share content is the surprise, which will be made possible by the predictive analysis of customer data. Companies will be able to create a surprise in their customer experience and thus inspire their target.

Indeed, trying to build customer loyalty and getting them to share the contents of a brand is a complex job. Consumers engage with the company, and their story needs to be told. The best way to engage a target is video because the human being loves the image. To illustrate his point, David Shing quotes Steve Jobs: "Often people do not know what they want before you show it to them."

In conclusion, companies have the responsibility to invent and innovate. To do this, they must address the right person, find the right ecosystems (where and when the customer needs to be touched by the brand message) and make sure they rely on the consumer.

Indeed, they must authorize him to create content in his name, because at the time of all-mobile, she is no longer the only holder of its own content. Finally, the digital and physical teams of the company must be united, because there is no future for digital marketing: conversely, marketing must now adapt to the digital world.