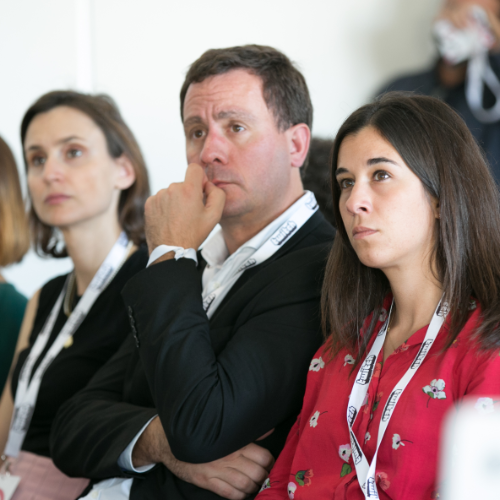 Thanks to SEA campaigns on Adwords and Social Media campaigns, the Zadig&Voltaire brand tripled its ROI in 6 months. Flashback on this success story…

How did Zadig & Voltaire almost triple the ROI of its Search & Social campaigns in just 6 months?

Allisson Picodot, e-marketing manager at Zadig&Voltaire and Florian Marlin, consulting manager at Fifty-Five, take part in this conference at One-to-One Biarritz 2019. The purpose of this presentation is to discuss the keys to success for social media communication campaigns and for the SEA.

Focus on the partnership between Fifty Five and Zadig & Voltaire

The luxury French ready-to-wear brand Zadig & Voltaire decided to breathe new life into its digital marketing and e-commerce campaigns over the past 6 months. The objective being that in 2020, the share of digital in the turnover of Zadig & Voltaire increased from 11% to 20%.

To do this, the brand called on the agency Fifty Five whose assistance was based on 4 pillars:

-       Differentiated approach according to the country (the Zadig & Voltaire brand is present in 12 markets!)

Redesign and optimisation of SEA and social networks

How to optimise communication campaigns on social networks and the SEA in an effective way?

To begin with, some good practices have been applied: having a good granularity of account, structuring campaigns and putting rigour in the management of keywords. These good practices are not always applied, and it is often necessary to do a lot of restructuring as was done in this case in order to create optimised Adwords campaigns.

The focus was logically made on the Google Ads platform where the account was completely redesigned, and audiences reviewed. For Bing Ads, a copy of the Google structure was implemented on the account. Finally, regarding Google Shopping, there was a redesign of the flows and the optimisation of the products.

Results after 6 months of SEA campaigns:

-       Shopping: turnover and ROI multiplied by 5 thanks to work on product flows

As for the Adwords campaigns, a total overhaul of the Social Media Facebook and Instagram campaigns was made, with a new organisation by objective, by market and by seasonality. The audiences were completely reviewed, the formats were adapted, and the investments were allocated according to the devices of the users.

Some formats are more suited to certain social media campaign objectives than others, for example the CPA is much better on static formats and Collections Ads for a performance objective. Two new formats were recommended to improve performance:

-       video format (less profitable but generates a lot of traffic)

-       Instagram Stories (for an awareness goal because the CPA is higher)

The results of the social media campaigns after 6 months were as follows:

Zadig & Voltaire was supported on Google Analytics throughout these campaigns to optimise tracking and to ensure the proper functioning of SEA campaigns and social networks.

A tracking dashboard on Google Data Studio was also set up to get a closer look at the information collected and to see directly what needed to be optimised in campaigns.

After 6 months of work, Allison Picodot, Head of E-marketing at Zadig&voltaire announced «a search and social report with a global ROI multiplied by 3 and a CPC decreased by 34%»

In parallel with the acquisition campaigns, a massive branding campaign was launched in 12 markets in Europe: the Kate Moss campaign. Fifty Five supported the brand on YouTube, Google and Facebook with reach and commitment.

As a result of these campaigns, studies were implemented with Youtube and Facebook to measure the impact of advertising in terms of brand awareness, memory and preference.

How to test and identify new growth drivers?

To find new growth drivers, Zadig & Voltaire tested new online ad formats. As a Google and Facebook partner, the Fifty Five agency that accompanies the brand had access to Betas and features that were not accessible to advertisers. This was an opportunity to do upstream testing to try to improve performance. For example, Google’s Smart Shopping feature was implemented.

Apart from Google and Facebook, more global media topics were tested. For example, ROPO (reseach online, purchase offline) studies were set up to define the impact of online campaigns on in-store purchases.