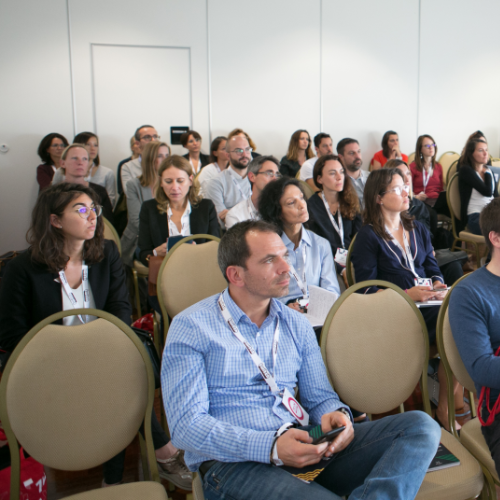 Marketing affiliation: a lever for digital

Kwanko allows to put in place an effective and relevant strategy to generate leads in affiliation; partner practical case: Groupama.

How to generate affiliate leads?

Pascal Gomis, in charge of the paid acquisition at Groupama, and Benoît Trottein, head of lead department at Kwanko, intervened at this One to One Biarritz conference. The purpose of this exchange is to outline how to implement efficient strategies to generate affiliate business contacts.

Presentation of Groupama and Kwanko

Groupama is one of the well-known French leaders in the insurance industry. The company is more than 100 years old and has formed around the grouping of regional banks.

Kwanko is also a 100% French company. “Kwanko” means “advertising” in Vietnamese. It’s an affiliate platform that favours performance. Kwanko has even become a world leader in marketing performance.

The main item is lead generation, which formed the basis of the partnership between Kwanko and Groupama. Leads, or "qualified prospects", were generated in order to move Groupama towards an e-commerce model by changing its remuneration models.

Kwanko is pure technical and commercial intermediation, which means there are advertisers on one side and a whole network of affiliates on the other. Affiliates advertise advertisers; there is no own network, which allows for a certain objectivity.

Groupama’s main objective was to collect leads on housing, automotive and health issues. However, the need was felt for a partner who was really able to reach the whole market.

Kwanko and its network (45,000 affiliated sites) were chosen to best meet Groupama’s ambitions in the regions, in rural areas. Affiliation has been seen as one of the most effective levers: depending on the monthly budget allocated, it is possible to know precisely the number of estimates generated.

Affiliated sites include people specialized in emailing, display, influence (8,000 influencers in the French market). They are simple individuals or professionals. Affiliation will allow the advertiser to lower its acquisition costs.

The partnership started in 2017. Several affiliation levers were then activated. The entire network was mobilized on all products. Groupama campaigns could be launched for subscription. It’s the most cost-effective way to acquire, and it pays Kwanko directly. The budget invested has been doubled.

Groupama is divided into nine regions throughout France, and the problems differ from one to the other. The interest of "geo-localised" campaigns is precisely to respond to this regional diversity.

There are acquisition requests on very small municipalities. That’s where Kwanko actually comes in, analysing how many people can become potential targets based on the postal code. This operation is carried out without cannibalizing what is done at national level.

What are the keys to a successful affiliation?

To succeed in its strategy, it is important to consider a number of elements such as the conversion tunnel or the changes involved in the transformation of the business.

The former contractor with whom Groupama worked focused on only two levers. Kwanko intervened by multiplying the levers to make his client visible all year round in 2017. Emailing is usually the first one we think of, but it is far from being the only one. For example, costs per share, retargeting, emulation, and levers were also solicited which were primarily intended for retailers.

In addition, the conversion tunnel and the customer journey had to be adapted. Groupama’s tunnel was primarily dedicated to collecting leads. The user filled in his information and was then contacted by telephone.

Following a tunnel duplication, a tunnel dedicated to the transformation was created to integrate the final subscription. This allowed Groupama to adapt its leverage strategy and to have, via Kwanko, two distinct campaigns : one dedicated to lead collection (emailing, co-registration and display) and the other dedicated to CPA (cashback, promo code, retargeting).

And as CPA levers are activated, a fixed price is adopted, and the acquisition cost is perfectly controlled.

Pilot according to the transformation

Groupama’s goal then becomes to spot tops and affiliate flops. To try to clean up some campaigns, more than 50% of the broadcast was set aside, but in parallel a One to One strategy was adopted vis-à-vis effective affiliates, with increases in remuneration for partners to encourage them to put forward their ideas.

In a second step, it is appropriate to meet the affiliates (speed meetings). It is possible to bring them all together or organize events with such and such of them. These events are not necessarily expensive. So, it is a beneficial initiative for both publishers and advertisers.

Then you have to look at the advertising pressure. In affiliation mode, some people regularly complain that they have been contacted without having made the request. Some acquired customers were no longer to be recirculated and bothered in the new campaigns.

Technically, the task was complicated, but Kwanko found the solution: deduplication – possibly inter-affiliate – in all databases. The tool then evolved according to the recommendations of the CNIL.

Finally, it is interesting not only to think in B2C mode, but also to implement B2B actions. In this case, Kwanko activated an affiliate network of 600 partners on the B2B part. As for mobile, an optimization is underway, particularly through multi-device advertising and in-store traffic. Kwanko therefore proposes a DSP connected to all market reference SSP.