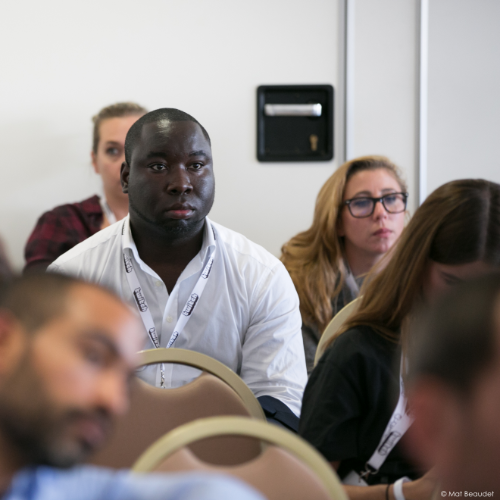 How to generate traffic and turnover at the point of sale: the individualized customer relationship. Practical case with the experience of the Eram group.

How to improve customer engagement with data?

Speakers at this One-to-One Biarritz conference are Christian Boudjenah from the Eram group and Nouhad Filal from Advalo. Their intervention evokes the means to generate traffic and customer engagement through data.

Advalo was born around a technology platform based on data in order to gather customer paths: CRM data on one side and digital data on the other. Advalo’s ambition is to reconcile the two worlds around a unique customer profile, thus ultimately boosting customer engagement.

In practice, Nouhad Filal reveals that “if a visitor arrives on a website without logging in or identifying himself, we will be able to recognize him and reconstruct his entire customer journey. This is essential because it is the starting point to rebuild the data base, without ruptures, so that it can then deliver an experience without ruptures also.”

When there is a rupture in the data, there is inevitably a rupture also in the experience. On the basis of this unified view, the platform will make it possible to detect the key moments of each consumer, that is to say the moments of intention of purchase or commercial speech.

Advalo has developed predictive models that detect these moments through customer data and help better target consumers by pushing the right content at the right time to each individual. This is a customization of the customer relationship. This targeting and customization is accessible by SMS or email as well as by display or social networks. The Advalo platform also makes it possible to measure the omnichannel and incremental impact of campaigns.

Practical case: the experience of the Eram group

The Eram Group’s challenge is to build on a data strategy. Three major data projects have resulted:

The first objective was to measure the impact of digital on in-store business. It was important to show that what was done on digital also had repercussions on all brands. Then it was decided to prioritize the most generative CRM activation of AC.

Then, it was necessary to optimize the traffic acquisition campaigns and boost the impact of the CRM. Advalo then intervened in the implementation of «overpressures» (thinner, smarter targeting) that allow to root more emails. The eight-month review is very positive.

The first contribution of the Advalo platform is customer knowledge via data, despite the segmentation of the brand. Eram is a brand that is more than 90 years old, and whose shops represent 90% of the turnover.

From this point of view, the web is seen as a separate shop. But from the moment it was established that 41% of transactions were preceded by a visit to the site, the impact was such that the allocated budget was revised upwards to drive to store. And since the average time to prepare for a visit was 17 days, it was difficult to see the impact of the actions carried out on the web.

How to prioritize CRM actions, and which of them have the most impact? To answer these questions, Advalo’s data scientists made a projection to identify pockets of value. The most important was the implementation of actions to encourage the brand’s good customers to reorder. This, of course, is accompanied by the acquisition of new customers.

The first was a segmentation that could lead to six audiences in Facebook or Google Ads, on which the acquisition campaigns will be based. The second was the Criteo analysis of this segmentation in order to analyse the incremental turnover of the campaigns concerned. So, action was taken so that the good and the very good customers were no longer retargeted, and that on the contrary the budget was maximized on unknown, lukewarm or inactive customers.

Finally, there is the overpressure aspect. A first part consisted of customizing the contents of the emails according to the products seen by the customers (using different models).

Then, it became possible, via another model, to push products according to the profile of the person and bring the latter closer to similar profiles (which avoids being confined to the two or three tests). Finally, it was also possible to customize the email triggers, so once again to improve customer engagement, which allowed for better results overall.