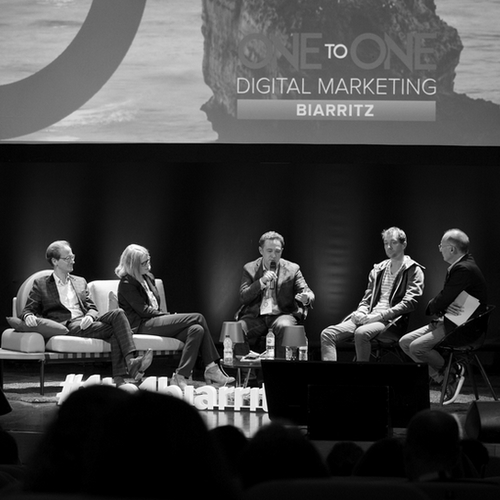 Influencers are important brands. This One-to-One Biarritz conference explains what key performance indicators to look at.

In 2017, nearly 80% of YouTube's audience growth would come from influencers. In addition, 41% of French people admit to having been influenced in one way or another by an influencer, including 71% of 18-24 year olds. Today, influencers and agencies are multiplying. The purpose of this roundtable is to explain their usefulness, the right methods to activate them, the right targets and the key performance indicators. The brands  BIC, BEABA, Groupon and Quicksilver participate.

What drove brands to influence marketing?

The BIC brand has carried out two digital campaigns in which influencers have intervened, namely two Tipp-Ex campaigns:

With these experiences, the brand has chosen to turn now to influencers and use key performance indicators to assess the scope.

The positioning of the BEABA brand is important, since it is a small French industrial SME that cares little for the consumer. But the baby's arrival is a magical moment for consumers, who react differently than other products. Arriving at this company in 2014, Alexandre Malsch realized that customers had many contacts with customer service.

It has therefore set up the "Parents Strip" device composed of about thirty young parents all having a Facebook page or an Instagram account and participating in the life of the company, while echoing the product creation on the web. This is an unpaid voluntary membership for a period of two years.

For its part, the Groupon brand was born from micro-influence and group buying. It is now focusing on event sales and offers many experiences in a wide variety of fields. Influencers want to test them and make them discover, either for remuneration or for the simple pleasure of discovery. As such, the video format works very well and can be easily evaluated through key performance indicators.

Finally, Quicksilver was built almost exclusively on influence marketing, because all the communications were made around influencers that are the riders, amateurs or professionals. Her sister brand is Roxy, who works a lot with pioneering women as riders. It is also the first brand to sponsor girls, allowing them to create this discipline, which is now widely recognized.

What are the good recipes in this area?

The brand has managed to achieve a result well above its objectives, for less. She also benefited from the quality of the content, produced by the influencers who appropriated the product and incorporated it into their editorial line.

Groupon adopts a ROIste approach, verifiable by key performance indicators. This approach is based on the guarantee of the number of views or a commitment, which makes it possible to reassure and finance other less predictable campaigns.

The brand has benefited from an interesting case with actress Tiffany Haddish. The latter told on social networks have taken Will Smith and his wife to New Orleans with a good Groupon, without even being invited by the sign.

The impact has been all the greater because it really likes the offers offered by Groupon, so it is not an artificial relationship even if it is now minted. In France, YouTubers contact Groupon when they want to test offers and average 400,000 views each time for various operations.

At BEABA, it is a slow and humane process, but one that has demonstrated its economic efficiency. By the time of the first "Parent Strip", more than 2,000 parents had responded to the sign's call, while it could only handle 30 at a time. By participating in the creation of products, they are also more inclined to become a sounding board for promotion and sale.

On the side of Quicksilver and Roxy, the marketing influence is part of the DNA of the company, which is a leader of the action sport. It has created infrastructure to embrace the entire pyramid of influence, from micro-influencers to superstars who represent the brand in competitions. This encompasses a number of elements:

The goal is to make these good riders go even further and inspire them around the world. The key is authenticity, since it gives legitimacy to the message and creates value that is verified through key performance indicators.

What are the goals to achieve?

The objectives to be achieved are defined by the brands and are measurable by KPIs and specific key performance indicators:

Quicksilver, to measure its objectives, uses KPIs and key performance indicators of numerical order (datas) and analog (human intelligence). The idea is to take powerful tools to focus on the analog part of the analysis work.
Thanks to influencers and the YouTube platform, Groupon can know everything about its campaigns, in terms of numbers of views or viewing time. These data make it possible to go for hearings in phase with the proposed experiments.
BIC's goal is for any known brand to increase awareness of a product about to be launched. The number of views and the cost associated with the view are key performance indicators, but are not sufficient to determine whether those who viewed the video selected the product. It is therefore necessary to calculate the effective reach (because a follower does not equal a view) and the impact on the brand by comparing the results with the targets exposed to those obtained from those not exposed to the content of the micro-influencers.
BEABA is a small SME that qualifies as relatively immature in this field, but managed to obtain 200,000 euros of media valuation at a cost of 50,000 euros. Participants in "Parent's Band" are not paid and voluntarily subscribe to the brand program, these costs are dedicated to events and travel organizations. This does not replace advertising but represents a form of advertising.

Influencers are becoming more important to brands. This trend is not destined to reverse because they are an excellent gateway to mobile, which is booming.

See all videos of One to One Biarritz

Check out Reputation.com's workshop on improving the digital customer experience