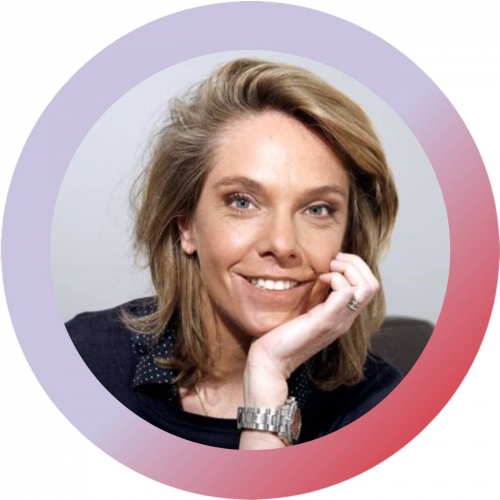 Peggy Bouchet is a French sailor, adventurer and entrepreneur. She was the first woman to row across the Atlantic Ocean.

After studying business law and management, master's degree and masters in France and England (University of Plymouth), she became an export finance engineer at Alcatel in Paris in 1996.

At the same time, her project to row solo across the Atlantic, never before achieved by a woman, was born. She then looked for sponsors and left Alcatel to carry out a crewed Atlantic crossing. She then studied the best choice of boat, route and team.

In January 1998, she found a sponsor, resigned from her new job as logistics manager at 3M, which she had taken up three months earlier, and set up her own company to manage and prepare for her adventure.

On 10 March 1998, she left the Canaries for the West Indies. After more than 5,500 kilometres, alone on the ocean for 79 days, rowing for more than 10 hours a day, she finally approached her goal, but the sea was unleashed, with 7-metre waves causing her to sink less than 36 hours before the finish line, only 130 kilometres from Guadeloupe. For more than nine hours, she remained astride the hull of her boat, which was sinking inexorably, and was saved in extremis. She is nevertheless the first woman to complete part of this journey.

However, she did not want to rest on this 'unfinished victory'. Eighteen months later, on 18 November 1999, she left Cape Verde. After more than 800,000 strokes of the oars and 4,000 kilometres at arm's length, she arrived in Martinique on 5 January 2000, officially becoming the first woman to row solo across the Atlantic.

In 2000, she briefly joined the regular members of the Grosses Têtes on RTL.

In 2008, she became president of the "Envie d'agir" jury, an organisation of the Ministry of Youth and Sports designed to encourage, support and promote the entrepreneurial spirit of young people with projects aged 11 to 30.

In 2009-2010, she was the patron of the École des mines de Paris and also taught project management to engineering students for two years.

In 2010, she was a member of the jury for the "Creative Audacity Prize" created by Marc Ladreit de Lacharrière, CEO of Fimalac, and the Fitch Ratings agency. This prize is awarded each year at the Hôtel Matignon by the Prime Minister, rewarding a successful company.

Peggy Bouchet also gives numerous conferences in France and Europe to the business world, the general public and students.